The Centre for Statistics in Medicine (CSM) has been awarded £2.5m by Cancer Research UK to advance a programme of work for research on research, developing crucial methodology and key guidelines for excellent medical research.

Oxford University has today been awarded a £2.4 million grant, as part of the Kennedy Trust MB PhD scheme, to fund undergraduate medical students to undertake DPhil research in the areas of inflammation, immunology and musculoskeletal disease.

Five new Oxford-Bristol Myers Squibb Fellowships representing an investment of £3M have been announced. The fellowships (formerly Oxford-Celgene) will support postdoctoral researchers and clinicians across five departments within the Medical Sciences Division and the Mathematical, Physical and Life Sciences Division, providing an opportunity for them to gain exposure to the field of commercial drug discovery and development.

Adam Cribbs has been awarded a prestigious MRC Career Development Award to further his research to identify therapeutic targets for multiple myeloma.

NDORMS staff recognised for excellence in teaching and research

Three NDORMS researchers have been awarded new titles in the University of Oxford's 2020 Recognition of Distinction exercise.

European Centre of Excellence at NDORMS

NDORMS has been designated a EULAR Centre of Excellence 2020-2025, in recognition of our continued high-quality research publications in rheumatology.

Institution of Engineering and Technology announces 16 Honorary Fellows to mark its 150th year. Professor Stride was awarded the Fellowship in recognition of her contribution to biomedical engineering and research into treatment of major diseases.

Recognised for the part he played in the discovery of anti-TNF therapy, Dr Feldmann is now exploring whether the antibody can be effective for COVID-19.

Christopher Buckley, Kennedy Professor of Translational Rheumatology at the University of Oxford and Birmingham, has been awarded the 2020 Carol Nachman prize for Rheumatology.

Fiona was recognised for her outstanding contributions to immunology, and her election brings the number of current National Academy of Sciences members from the Kennedy Institute to three.

Founder of the awards Sir Leonard Blavatnik said "We are incredibly proud to elevate these select scientists to an international stage that will enable them to be recognised globally, prepare them to become world-class leaders in their scientific fields, and propel the wheel of innovation and societal progress."

The Head of Physiotherapy at NDORMS was awarded an OBE as was Dr Tom Hughes who teaches Emergency Medicine to NDORMS undergraduates.

David Metcalfe has been awarded both the prestigious Syme Medal and the AOUK&I Trauma Research Prize 2019 in recognition of his DPhil work in musculoskeletal science.

Jagdeep Nanchahal, Professor of Hand, Plastic and Reconstructive Surgery at the Kennedy Institute, and his team have won the International Dupuytren Award for a trial repurposing anti-TNF in Dupuytren’s disease.

Four investigators based at the Botnar Research Centre, NDORMS have been recently awarded National Institute for Health Research (NIHR) fellowships to further our understanding of a variety of musculoskeletal conditions and develop better methodology to support medical research. 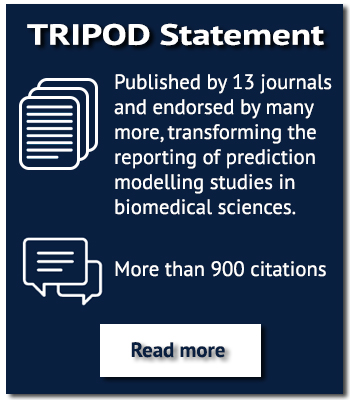 New research published in The Lancet shows that tocilizumab is a more effective treatment than rituximab for rheumatoid arthritis patients with a poor response to anti-tumour necrosis factor (TNF).

The research, which was a collaboration with researchers from Oxford University and Queen Mary University of London and published in Journal of Autoimmunity, looked at changes in receptors known as toll-like receptors (TLRs) in arthritis at different stages of disease.

It’s International Women's Day! This year’s theme is #Choosetochallenge. We’re celebrating some of the amazing women at NDORMS, and asking them what changes they’d like to see in medical sciences over the next 100 years.

Patients and carers invited to join new group helping to shape research and treatment of bones, muscles and joints

Oxford’s newest patient partner group, OPEN ARMS launches today to explore the causes, treatment and care for patients with musculoskeletal conditions. Its first three patient partners explain why they are involved and invite other members of the public to join the team.

Congratulations to Professor Jonathan Rees who has been announced as a National Institute of Health Research (NIHR Senior Investigator).