The logistics of setting up a new Clinical Research Facility for early phase/experimental research.

Late 2019 plans began on the development of a new Clinical Research Facility (CRF) here in Oxford.  Prof Duncan Richards was at the helm driving the idea forward with the Medical Sciences Division and the Biomedical Research Centre.   With the convening of a Capital Project team, refurbishment of the old John Warin Ward was planned.  The project team consisted of architects; engineers; electrical engineers; University estates; purse-holders and the clinical team who will run the facility (ie: Duncan and I!).

The old John Warin Ward, or “JWW” as it is known, is located on the Churchill site and was initially established to care for patients during the AIDS epidemic in the 1980’s.  It then went on to become the ward for other Infectious Diseases.  More recently, the JWW service moved up to the JR hospital and the space has been temporarily utilised by the vaccine and Jenner groups.

Plans for the refurbishment were well under way when I started in post in January 2020, however, they were far from finalised.  Over the past year the plans have paused, rewound and now are moving on fast-forward!  Setting up the facility not only meant planning how it would work on a practical level, but also:

There are weekly meetings with the project team to confirm the placement of switches, lights, doors, taps, types of sinks and whether rooms need to be negative or positive pressure.  Fortunately, the covid pandemic offered an opportunity for us, when shifts on the vaccine trial meant I was working in the old JWW and was able to see first-hand what the lay out was like and that the windows were in drastic need of updating.

On top of this, we have been sourcing specifications (specs) for clinical equipment and liaising with clinical research teams to see if the specs are suitable for their work.  Browsing Medisave and NHS Supply chain websites has become a common occurrence.

We have also been developing an Operational Policy for the facility.  This details:

This has involved the drafting, reviewing, and re-writing numerous versions of forms, Divisions of Responsibilities, Standard Operating Procedures, Risk Assessments and flow charts.   All the while maintaining some sort of document control!   The UKCRF Network have been extremely helpful during this phase and the resource the network provide with links to other CRFs around the UK has been invaluable.  The Operations of the facility need to be practical and attractive for research teams to use, so we are moving into the next steps of testing these out on the teams who will use the facility.

Renovation is progressing at an accelerated pace and we are seeing photos of walls knocked down.  There are weekly emails from the contract team exploring options when the renovation work has revealed for example, that one of the planned door can’t be as wide as initially hoped. The next steps, before we open in June 2021, are affectionately known by the project team as “Soft Landings”…..let’s see how soft they are and how many cotton wool balls will be required!

Photos below: One of the Isolation Rooms, Office space, Minor Procedure Room 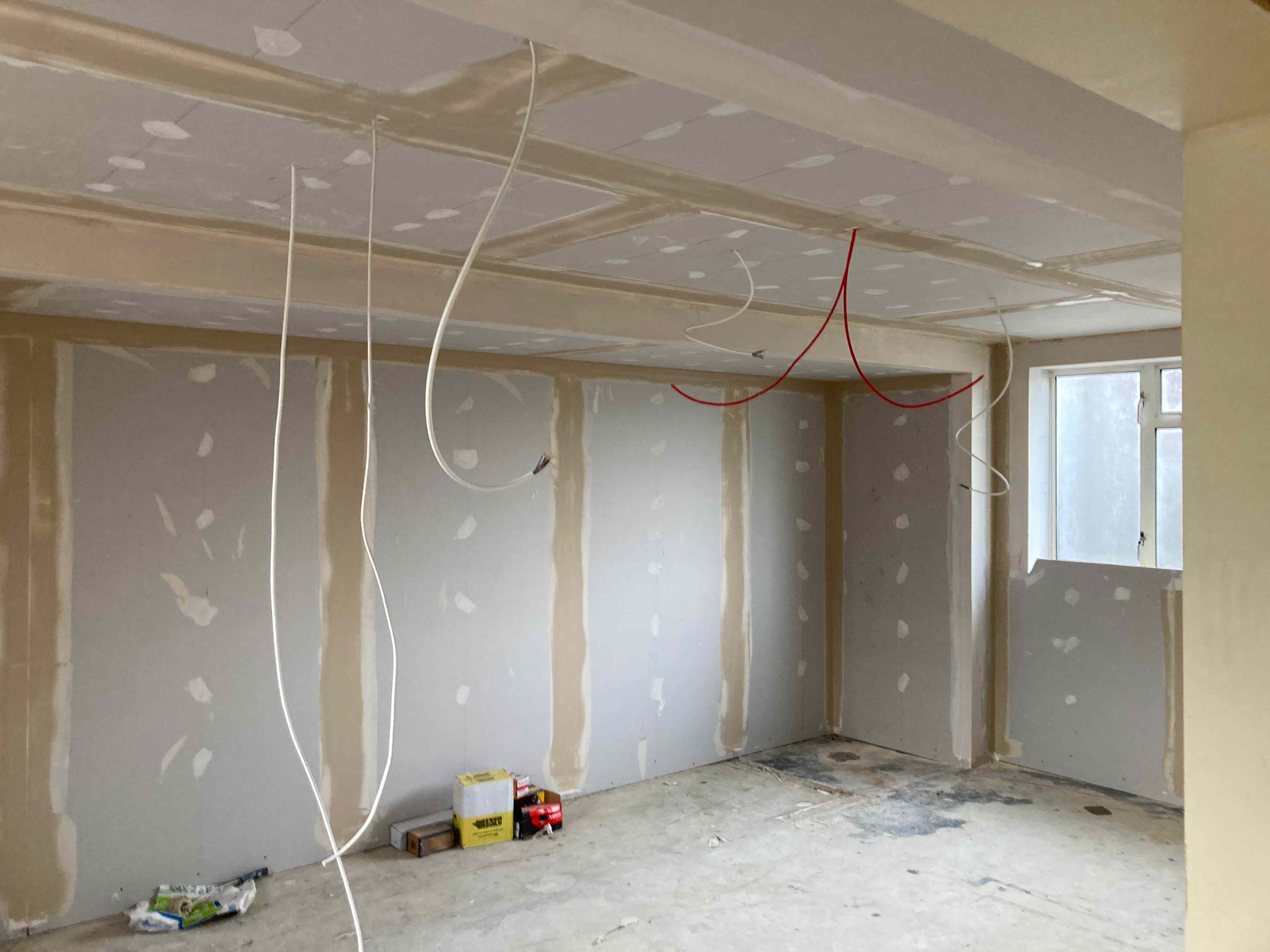 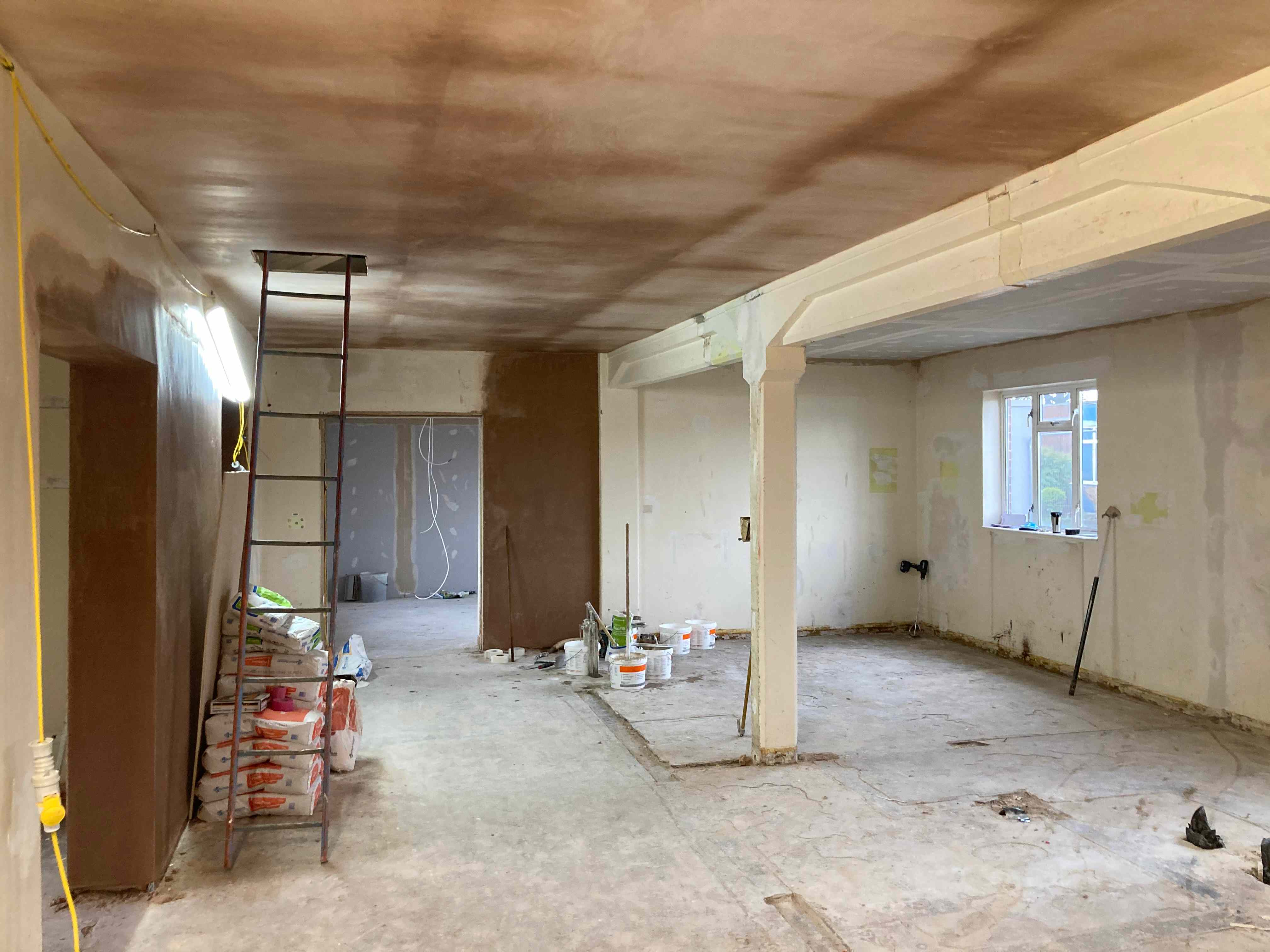 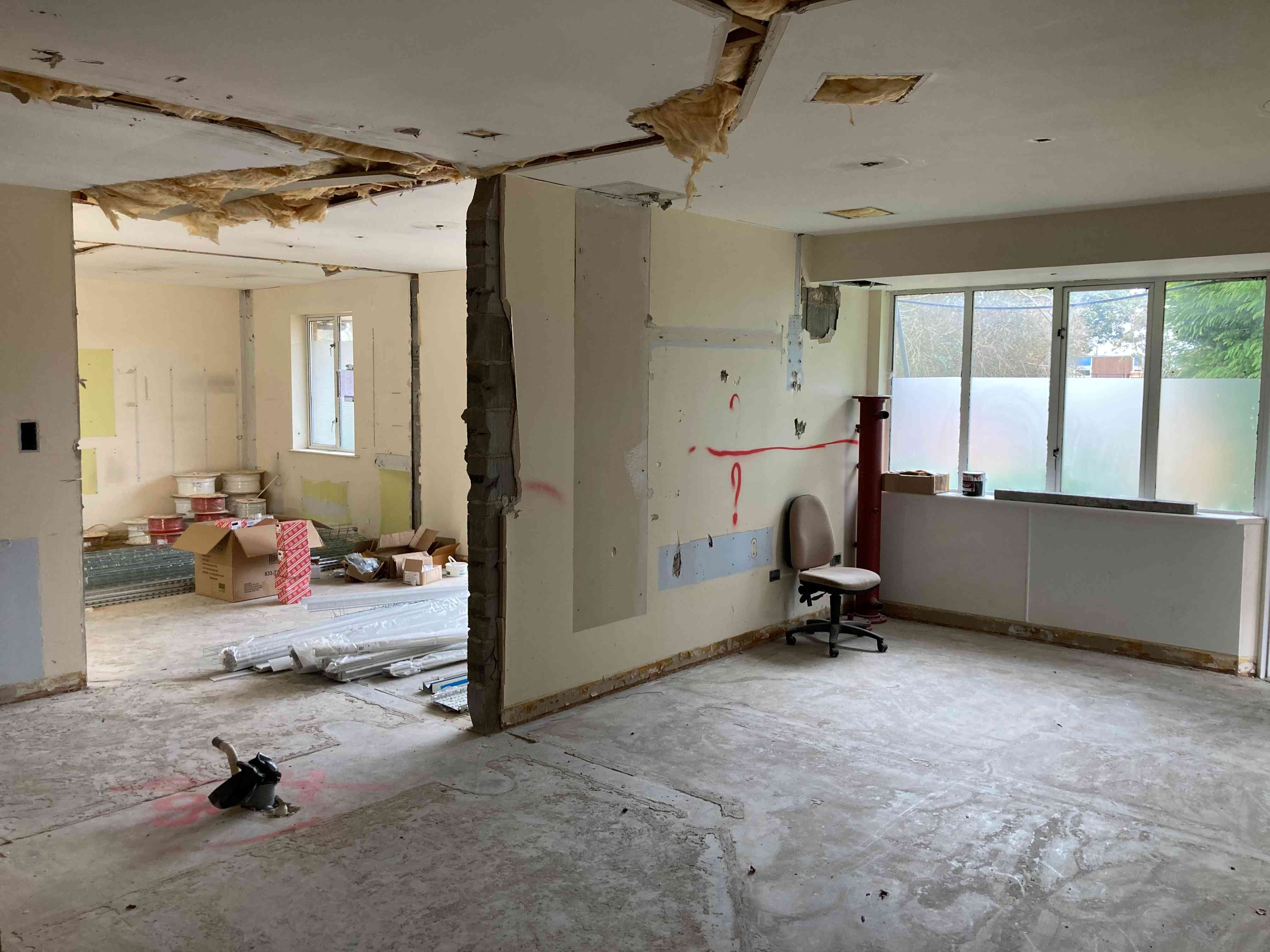