What is a pilot trial and why do we do them?

A Randomised Controlled Trial (RCT) is a study where patients are randomly assigned (randomised) to two groups. All the patients in one group receive a new treatment, the intervention group, and all the patients in the second group receive an existing or no treatment, the control group. These trials help researchers make decisions about which treatments work better and should be given to patients. However, they often take many years to do and can be very expensive, so it is important that when we do them, we do them well.

If researchers are unsure about whether their randomised trial will work, they can opt to do a pilot trial first. 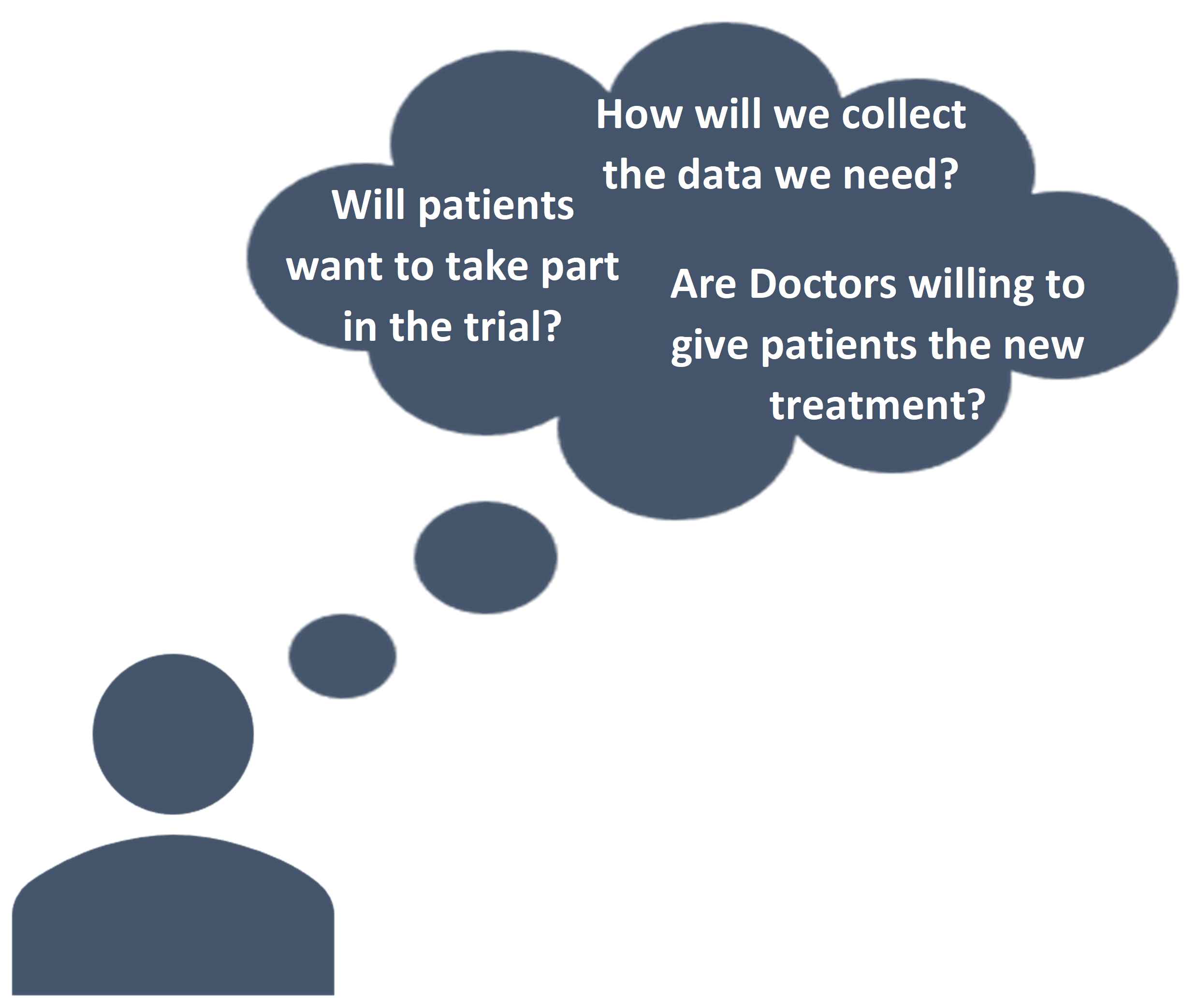 Pilot trials are small versions of the randomised trial we want to do. They let researchers “rehearse” all or part of their randomised trial on a smaller scale before going ahead with it so we can be more confident that it will be a success(1).

What do pilot trials tell us?

When researchers plan their pilot trial, they set targets in advance to help them decide whether to do the future randomised trial or not. We call these targets “progression criteria”. These progression criteria can tell us how to proceed, for example a STOP-GO or a STOP-AMEND-GO (also known as a traffic light) approach.

E.g. These criteria for a pilot trial check if we can recruit and retain enough patients while minimising missing data in order to help us to decide whether we should do a larger randomised trial.

E.g. In this pilot trial the same criteria as the trial above are used but there is an additional set of intermediate targets where we can also see whether changes to the trial could be made to improve its design before moving on to a larger randomised trial.

Why we did a review

We looked at the characteristics of progression criteria that were reported in 160 pilot trial research publications (123 pilot trial protocols and 37 pilot trial results papers). These included what the progression criteria were, what they were based on and who had decided on them. We included publications that were published between January 2018 and December 2019 from four key journals. Our methods are described in detail in a preregistration on the Open Science Framework(2).

We found that progression criteria used varied between different pilot trials, but most often included a measure of recruitment (“can we get patients into the trial?”) and retention (“do patients stay in the trial to the end?”).

We found that for many pilot trials researchers reported that they had done, or planned to do, qualitative research (108/160, 68%), for example interviews with patients who are in the pilot trial to find out about their experiences. However, only 31% of the publications that included qualitative research then reported how their qualitative findings would contribute to progression criteria (34/108, 31%).

We found that most of the completed pilot trials reported the intention to proceed to a larger randomised trial (30/37, 81%), even though less than half had strictly met all their progression criteria (17/37, 46%) demonstrating a flexible approach to decision-making based on progression criteria targets.

A full report of our findings are published Open Access in BMJ Open(3).

What does this mean for future pilot trials?

Authors of this abstract:

Members of the research team who are based in NDORMS: